About us Designer History Light Made in Italy

Cini&Nils has always been an expression of the excellent Italian design and the Made in Italy production. 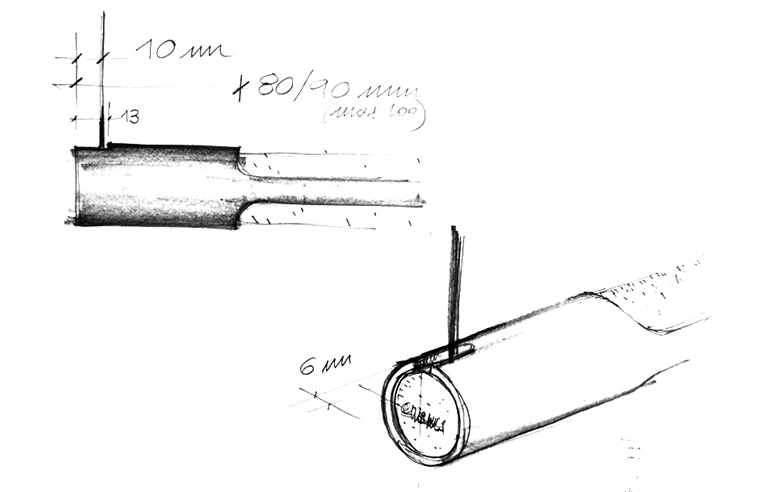 Established in 1969, Cini&Nils has made quality into one of its strong points. It is a creative boutique where ideas are skilfully transformed into products that house the latest LED technology and whose lines are clean, rigourous and rich of detail. 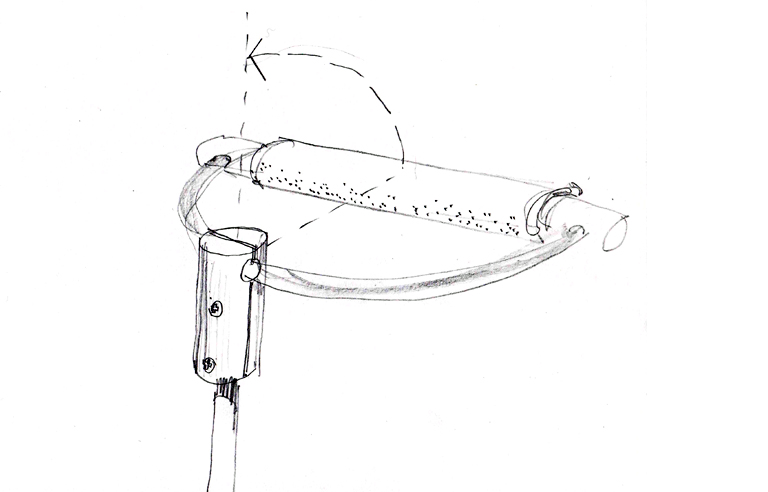 The company’s artistic output pays due attention to the importance of environmental sustainability and interaction with the user by using the latest generation of IoT technologies. Precision, care for detail and elegance are the constants that have always been passed on from one design to the next, contributing to creating collections whose byword is innovation in style and technology.

Working as a team, Franco Bettonica and Mario Melocchi created innovations that wrote chapters in the history of lighting: Cuboluce, Gradi, Tenso and TensoClic. The firm’s art director Luca Bettonica has since designed such products as Convivio, Assolo and Acqua and created the Cult collection, a venture into creative experimentation with art and light that introduced the sculptress Christiane Beer and the maestro Alessandro Ciffo as its first artist-designers. In 2018, Cini&Nils embarked on a new synergic partnership with the architect Alessandro Scandurra SSA. 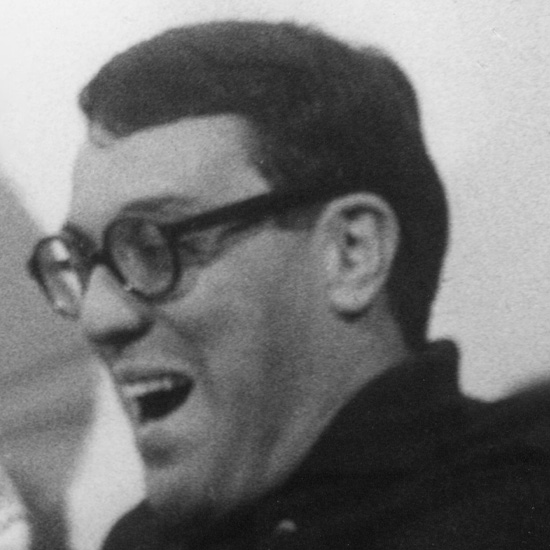 Franco Bettonica (Milan, 1927 – 1999) was an architect with a successful practice in construction, interiors and industrial design. He started working with Cini&Nils in 1969 as designer and creative director. 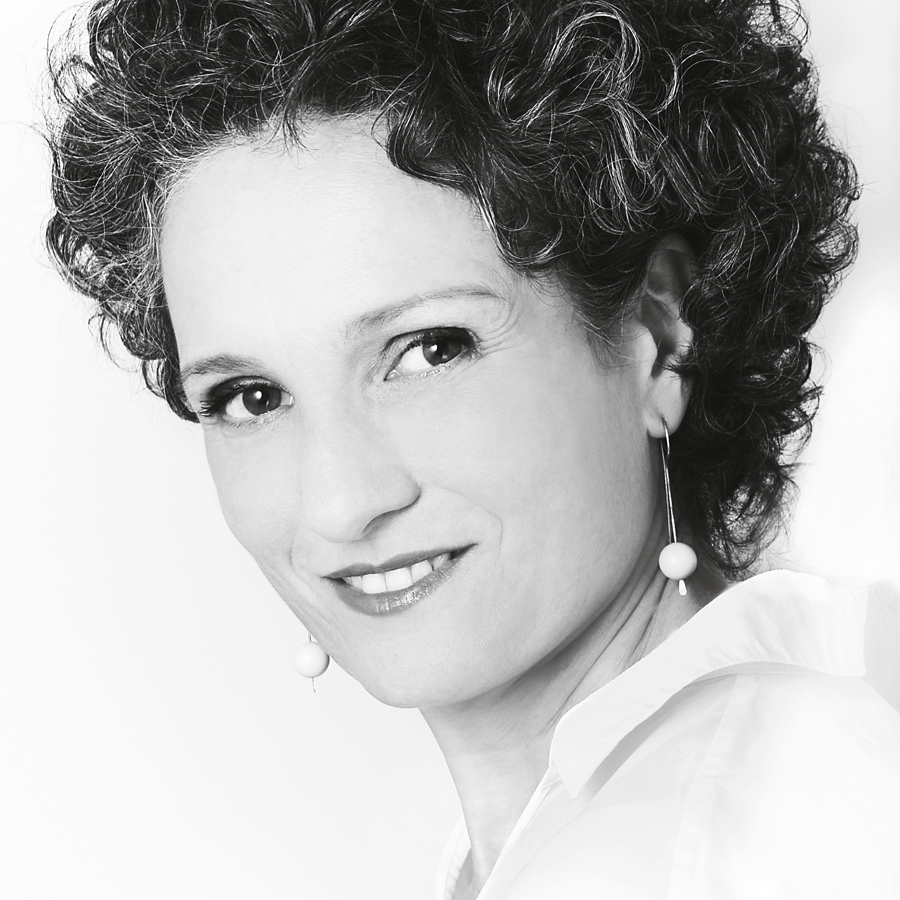 Luta Bettonica has been President of Cini&Nils since 2013 and art director since 2002. She started working as a freelance designer after taking her diploma in industrial design from the Istituto Europeo di Design in 1991. Franco Bettonica and Mario Melocchi were her earliest design mentors. In 1996, she and the architect Giancarlo Leone opened the Studio Bettonica Leone in Milan to work in design and architecture. 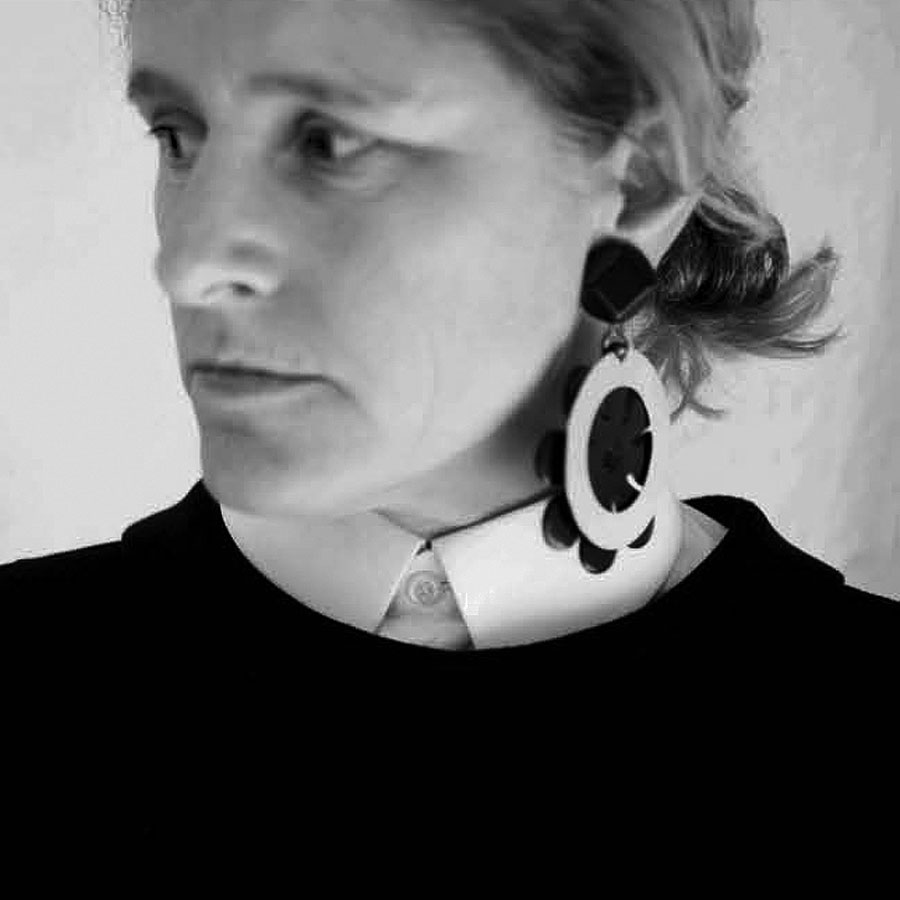 Christiane Beer (Plauen, Germany, 1965) is an artist and sculptress who studied sculpture with Giuseppe Spagnulo at the Stuttgart Academy of Fine Arts, taking her diploma in 1993. Since holding her first solo exhibition in the Sophien Edition Gallery in Berlin in 1994, she has partnered with several other galleries in Italy and Germany. In 2000 and 2002, several of her sculptures were shown in the Haus der Kunst in Munich; in 2008, she showed in the Grafton Building, the Bocconi University’s new headquarters in Milan, while 2009 saw her install her piece ORT in Piazza San Carlo in the Miraggi context, on the occasion of the MiArt fair: the piece is now part of the Panza di Biumo Collection in Varese.

Working as a team, Franco Bettonica and Mario Melocchi created innovations that wrote chapters in the history of lighting: Cuboluce, Gradi, Tenso and TensoClic. The firm’s art director Luca Bettonica has since designed such products as Convivio, Assolo and Acqua and created the Cult collection, a venture into creative experimentation with art and light that introduced the sculptress Christiane Beer and the maestro Alessandro Ciffo as its first artist-designers. In 2018, Cini&Nils embarked on a new synergic partnership with the architect Alessandro Scandurra SSA. 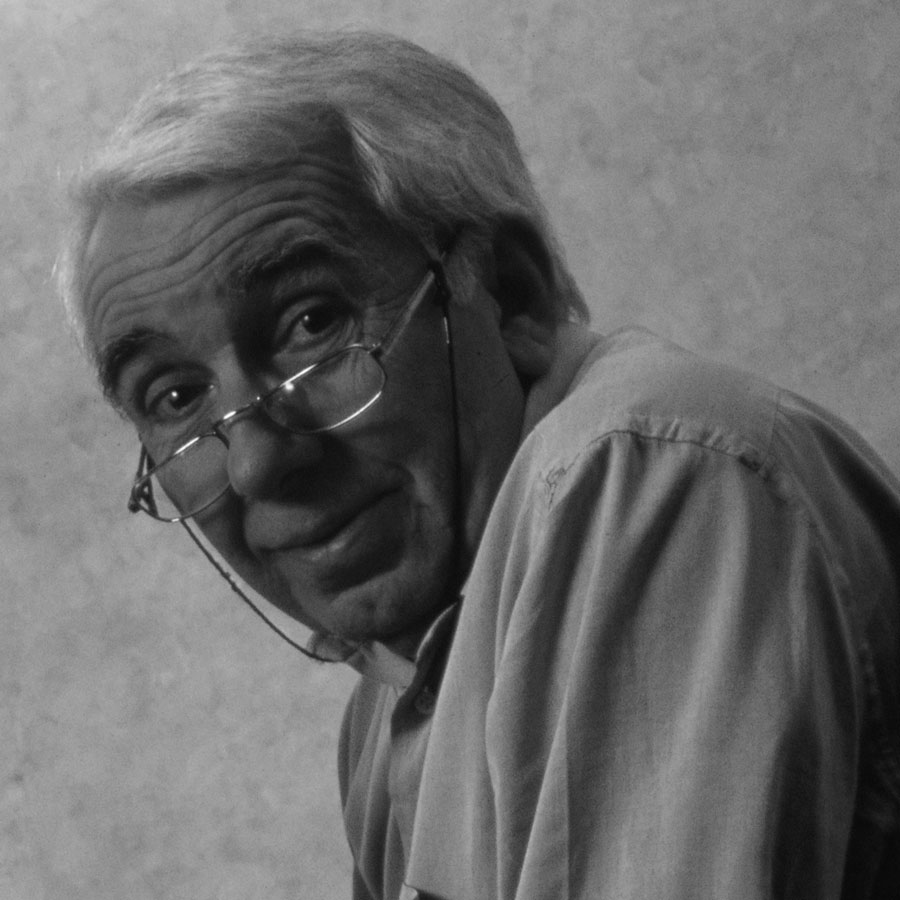 Mario Melocchi (Parma, 1931 – Milan, 2013) was one of the first in Europe – in 1958 – to devote his attention to packaging design, from which his interested in due course evolved towards product design, where it settled once and for all after he met Franco Bettonica. 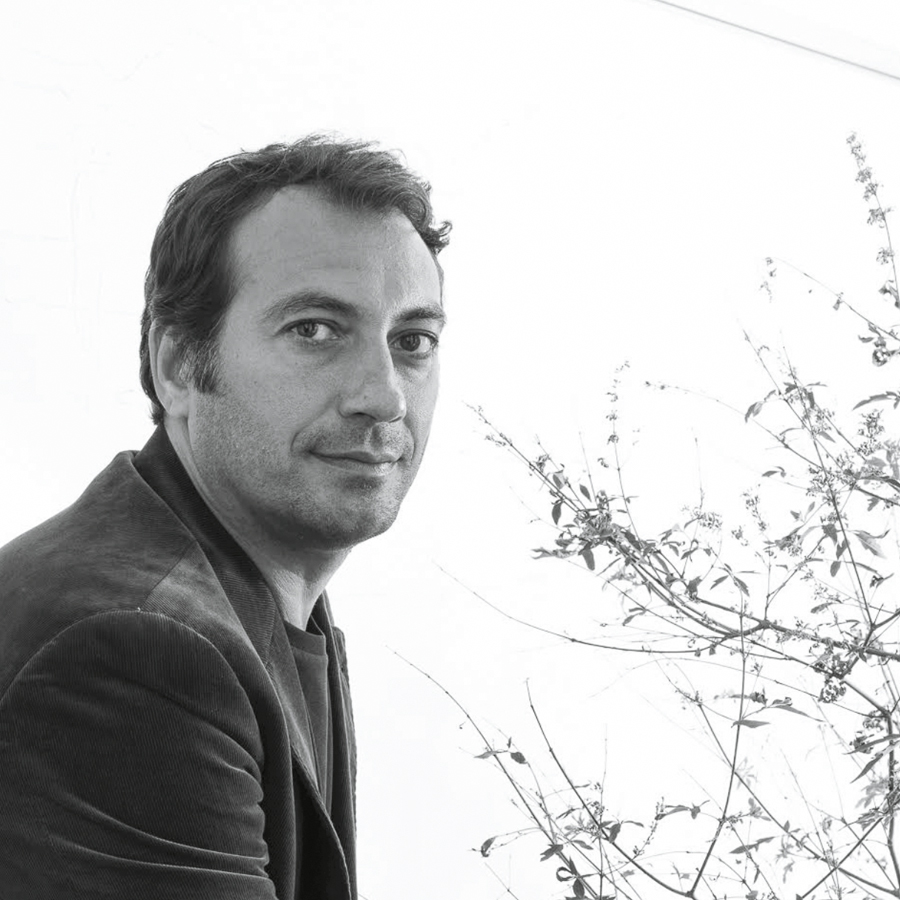 Alessandro Scandurra founded Scandurra Studio Architettura – SSA in Milan in 2001. Working in Italy and abroad, he has designed corporate offices for Philips Italy and Zurich Insurance Italy, Italy’s first Smart District in Milan, commercial venues, hotels and restoration work in historical buildings, such as the Palladio Museum in Vicenza, where he is also curator. He has served as scientific director of the Portaluppi Foundation and is a member of the City of Milan landscape committee. A recipient of nominations and mentions in such awards as the Medaglia d’Oro, the Mies Van Der Rohe Award and the Compasso d’Oro, he has taken part in the Venice Architecture Biennale and the Milan Triennale. He has lectured at Milan Polytechnic and is now visiting professor at the SUPSI, in Switzerland. 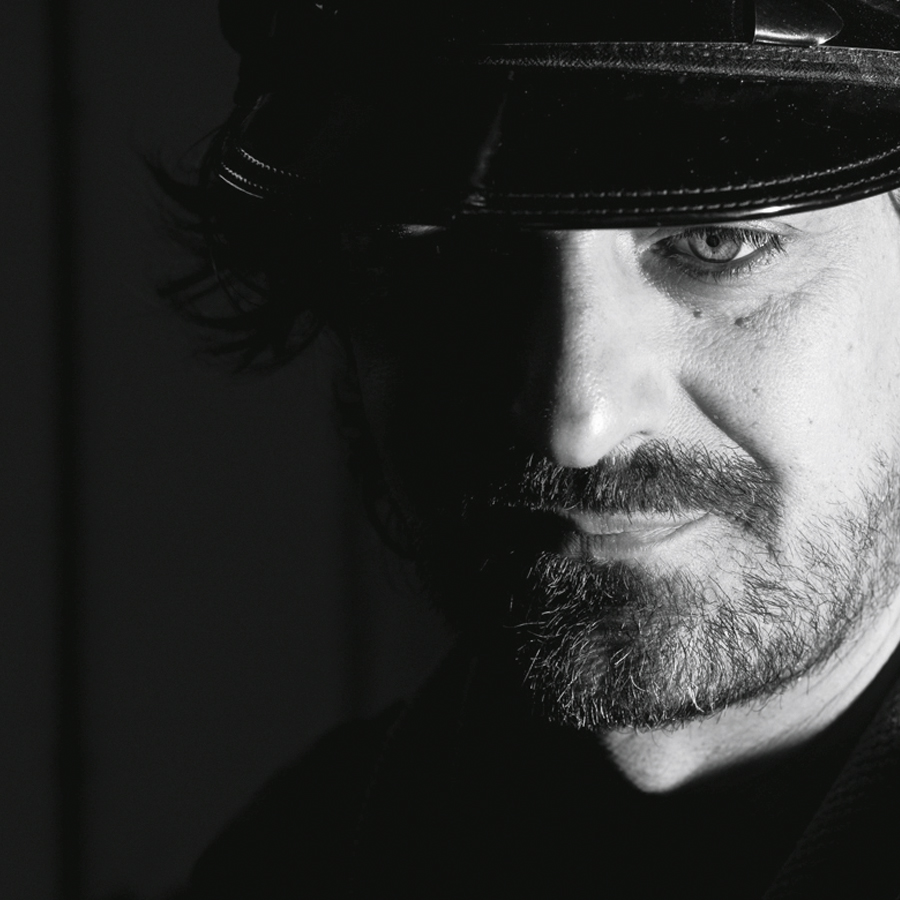 Alessandro Ciffo (Biella, Italy, 1968) is a maestro in working with silicon. Being self-taught, as well as producing his own pieces, is the key concept to understanding a career based on taking his research of the potential of silicon to the extreme as the sole material capable of expressing his emotions to the full when he creates pieces that defy classification, on the tipping point between art and design. From 2008 to 2012, he held solo shows and took part in group exhibitions including: “Scaccomatto”, at the Dilmos, in Milan, the “MAK Design Nite” at the Vienna Art Museum, “Quali cose siamo”, curated by Alessandro Mendini at the Triennale Design Museum in Milan, “Moss: Dialogues between art & design”, curated by Muray Moss at Phillips de Pury,New York, and “Iperbolica” in the Milan Triennale, in partnership with the Must Gallery.

Renowned for products that have made history in its 50 years of market presence, Cini&Nils has become a familiar benchmark in the field of high-end decorative and technical lighting. 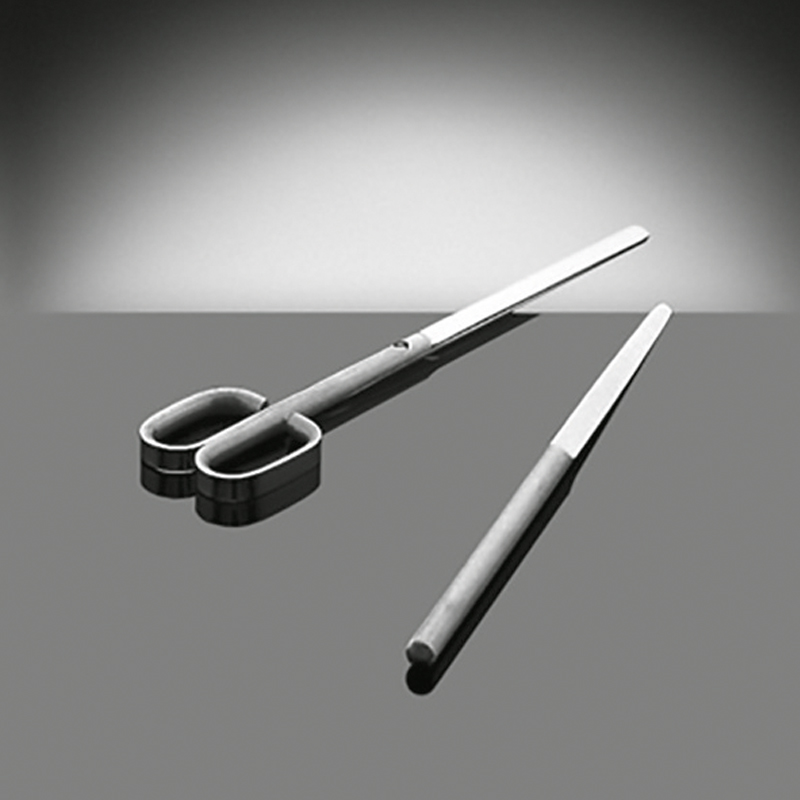 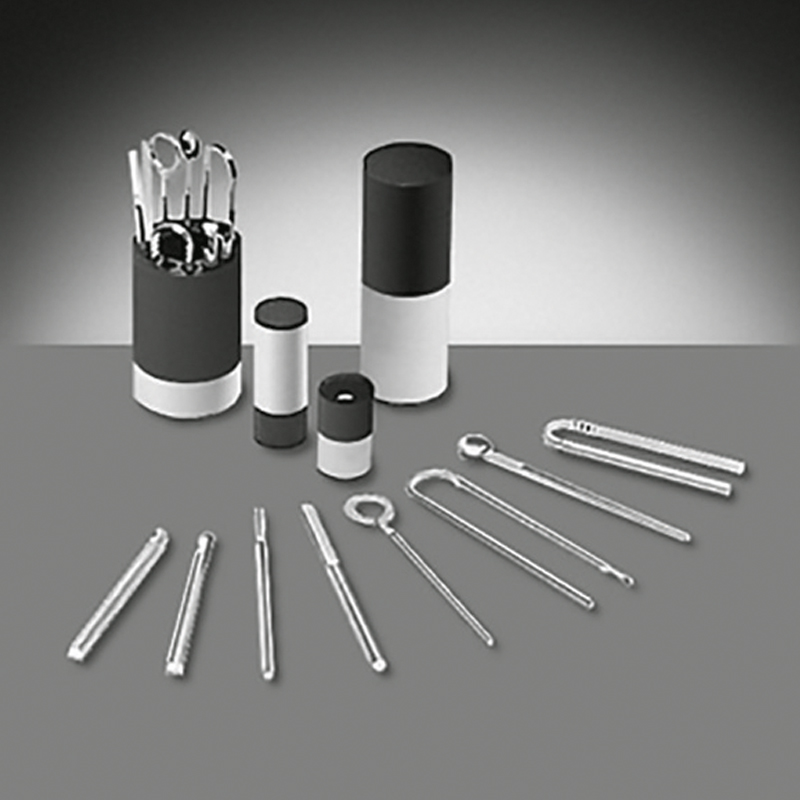 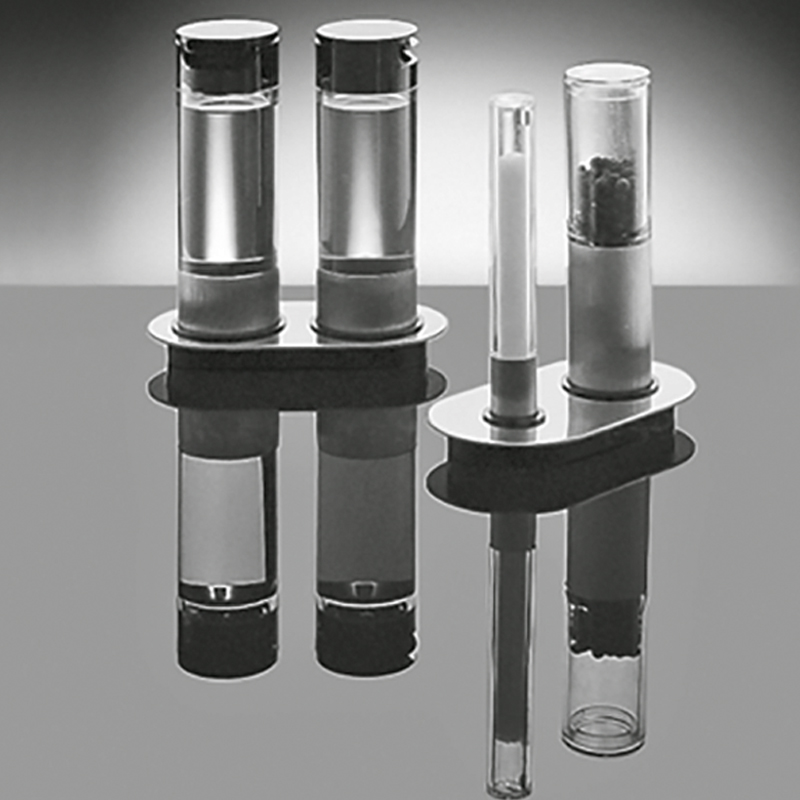 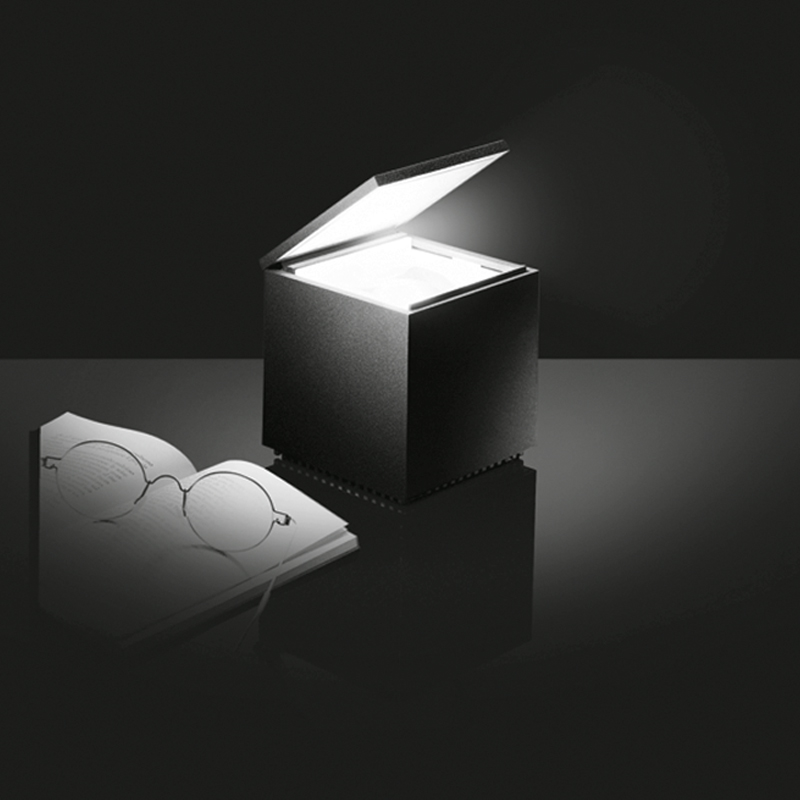 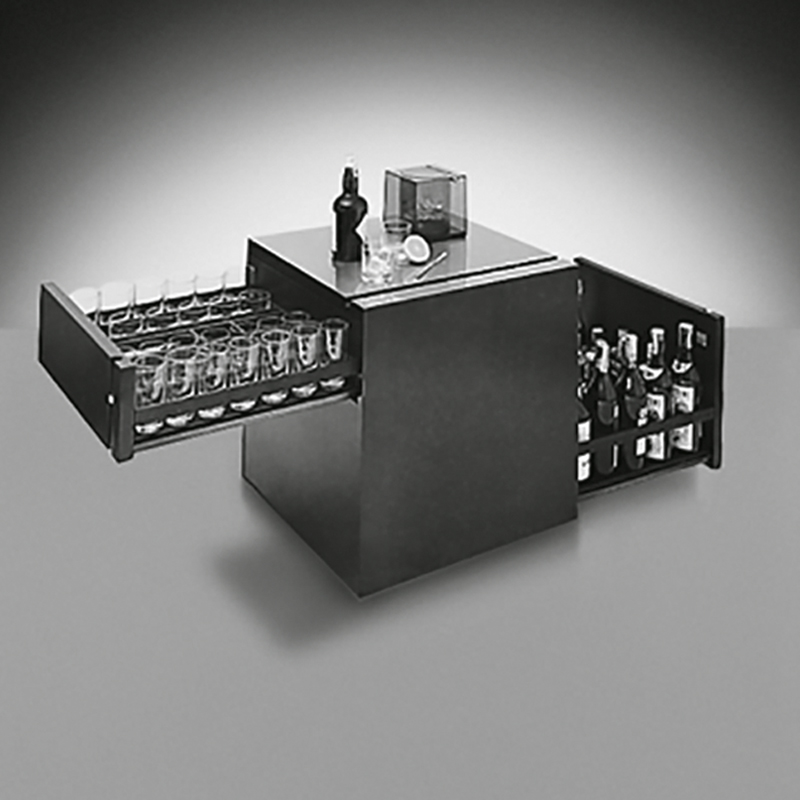 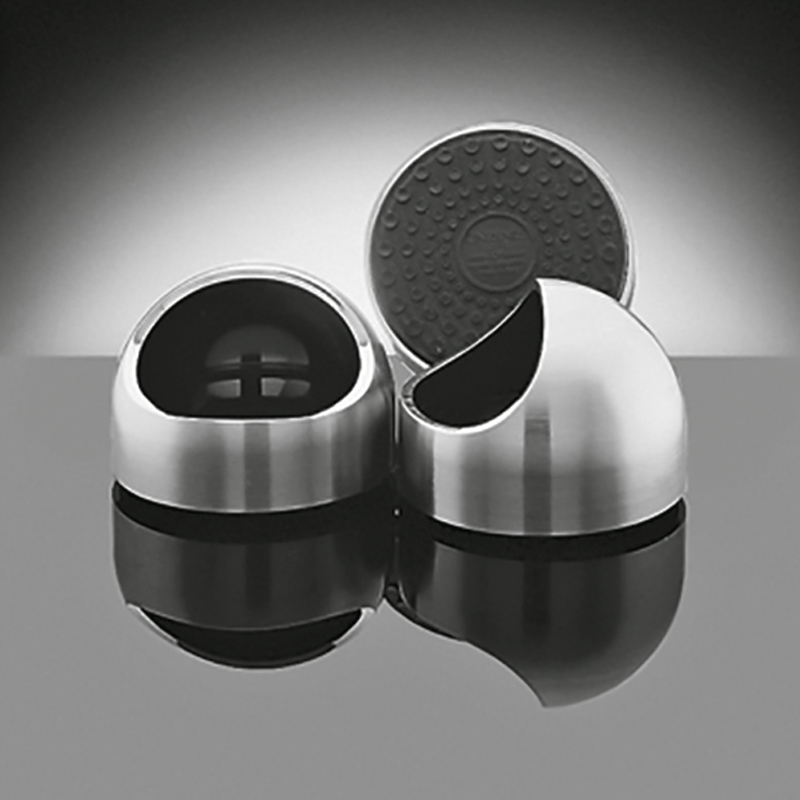 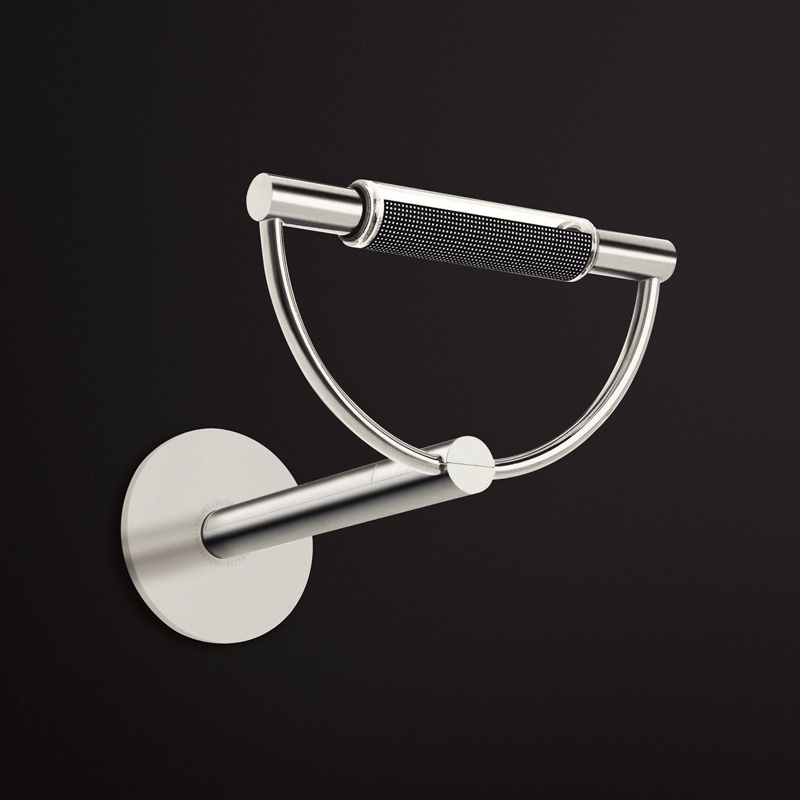 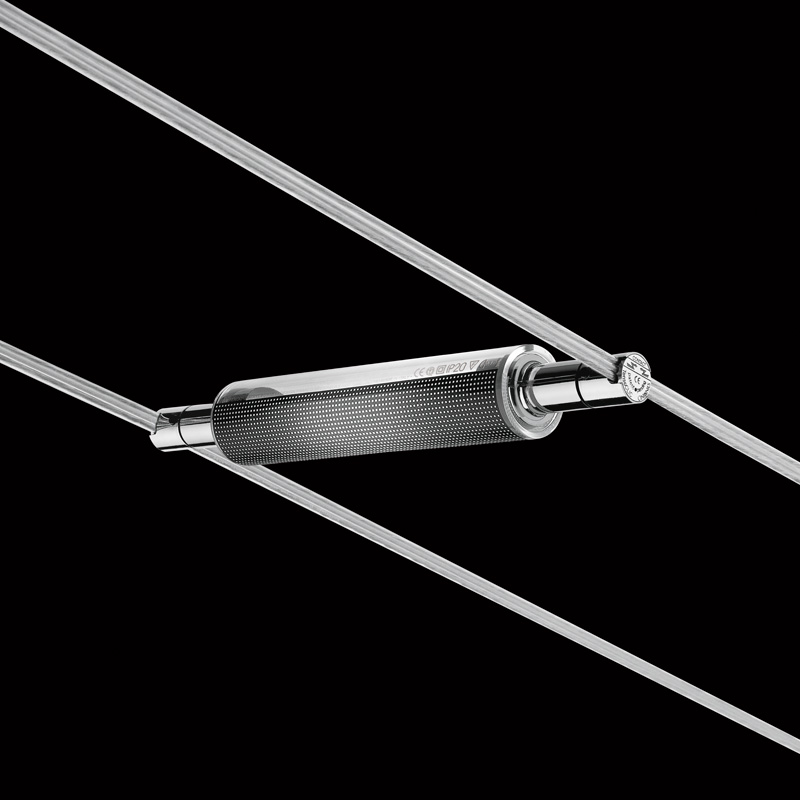 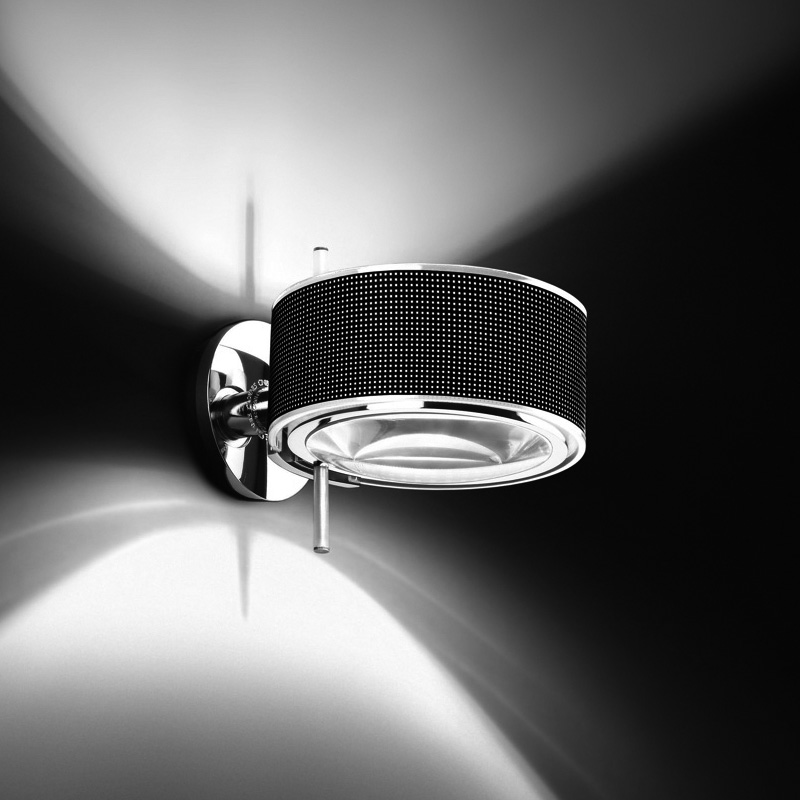 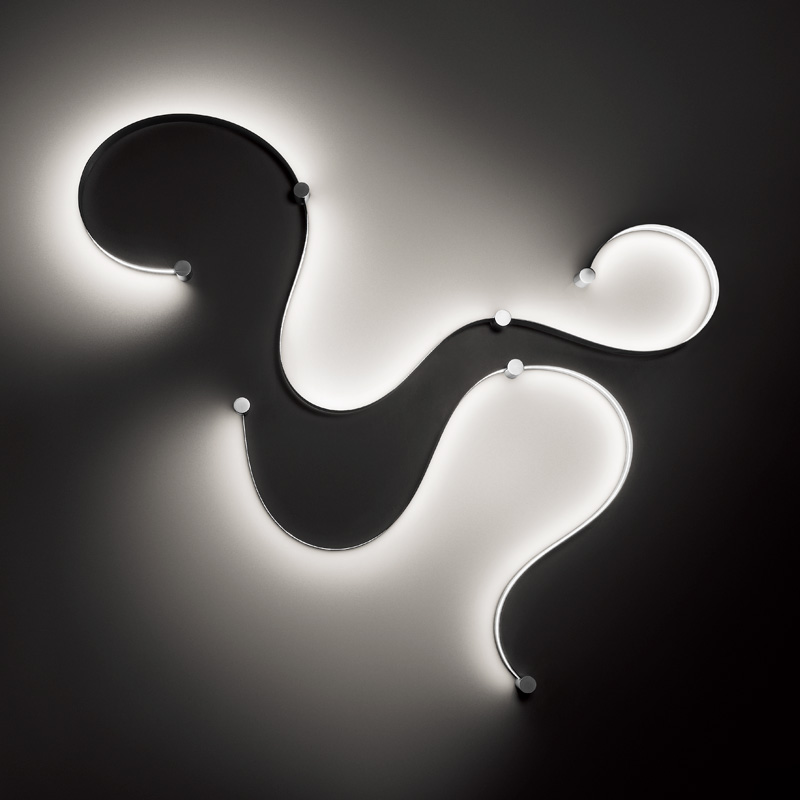 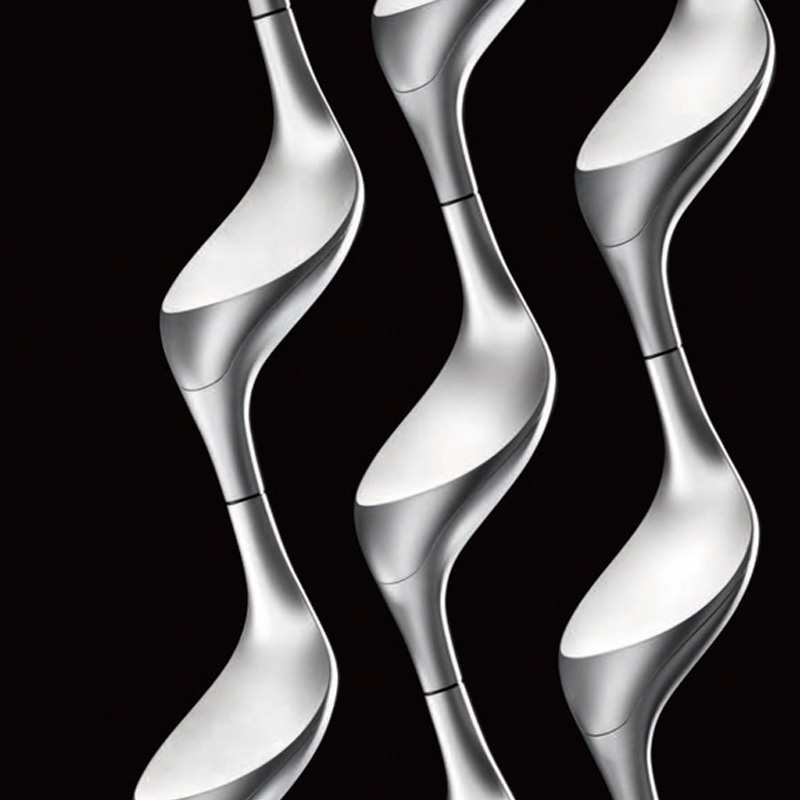 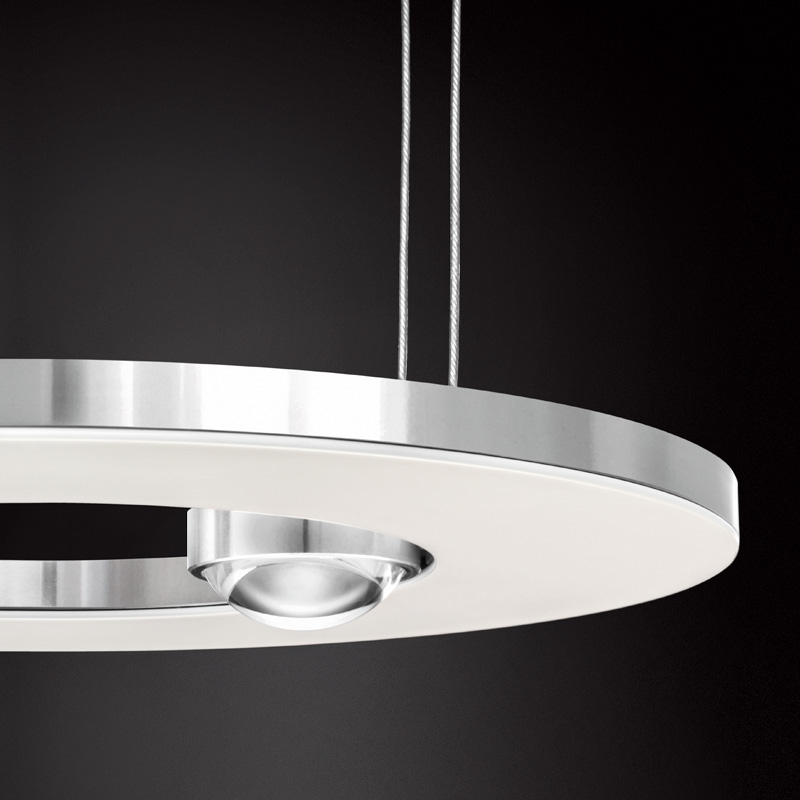 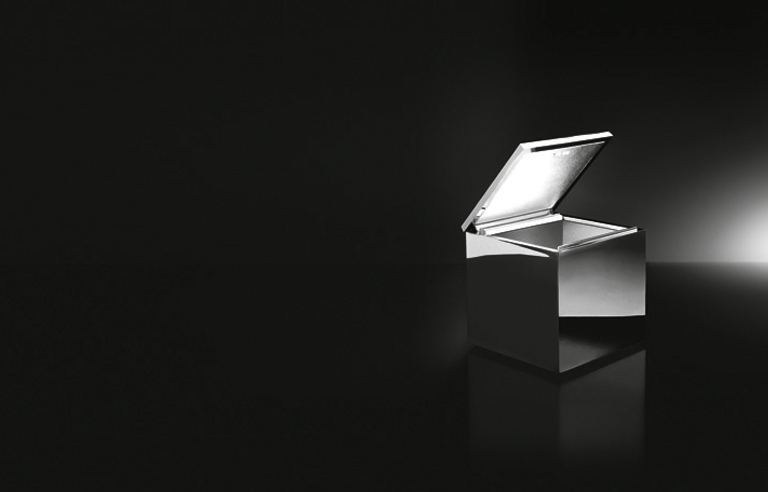 Cini&Nils was established in 1969 when two designers felt the need to make their designs directly available to the market. When Mario Melocchi teamed up with the architect and designer Franco Bettonica to found the company, the duo started out by marketing a range of products, many of which have since been bought by the New York MoMA, including the Bar, Tabletop and Desktop collections, the swivel Magazine Stand, the Cubobar and the Game Table. It was in 1972 that Franco Bettonica came up with the idea for Cuboluce, the link in the chain between objects and lighting devices and the progenitor of a new generation of products that marked Cini&Nils’ début in the field of lighting. 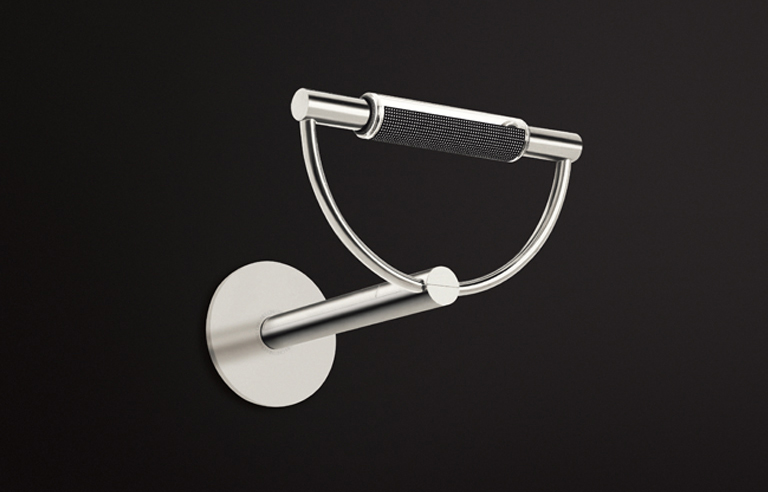 These were soon followed by Gradi, whose lighting body comprises a minute enamelled glass cylinder; Tenso 2500W, the first 230V cable system, miniTenso, the smallest 230V cable system that bridges a gap of only 15 cm and so many other innovations.

Light conditions the quality of our lives and technological opportunities enable us to approach it in new ways. 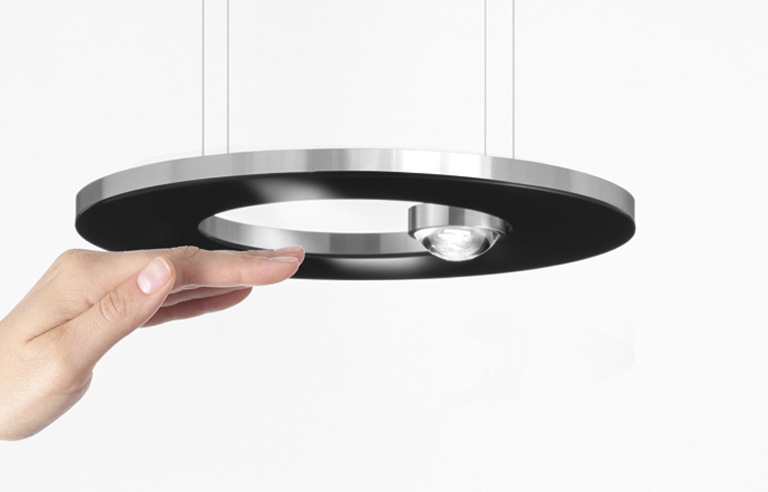 The latest generation of products from Cini&Nils is interconnected with the most widely available intelligent devices. Variable light scenarios and wireless interaction are part of the new everyday life on offer from Cini&Nils. Our choice of components aims at human wellness, while our Research&Development laboratory analyses, selects and proposes only the best technologies.

Constant laboratory tests are used to check the absence of flicker, so as to avoid optical disturbances and stress. The Cini&Nils product range ensures a natural respect for colour perception and the right degree of illumination in each environment. The functional, perceptive and connective aspects of light are integral parts of all Cini&Nils designs and our entire range.

Ever since the firm was founded, its mission has been to focus on excellence in both its design activities and its production – all strictly Made in Italy. 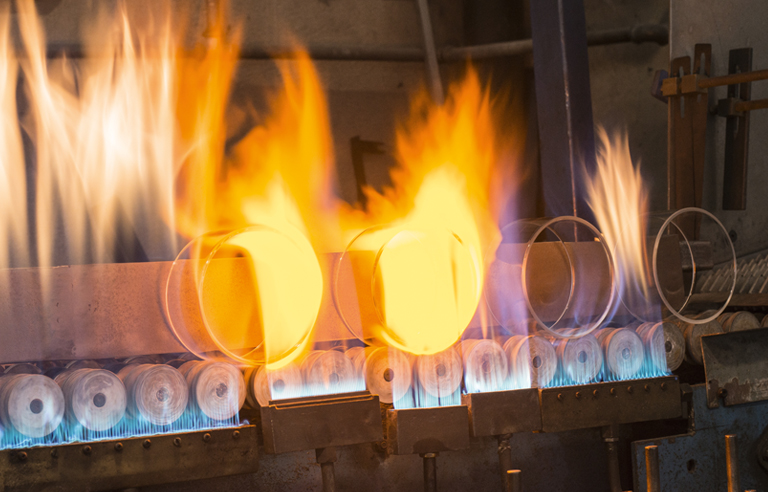 The firm’s close relationship with the finest Italian craftsmen has contributed to creating the excellent quality that distinguishes its products’ exclusiveness. Shared experiences, collaboration and the quest for the best solutions to achieve a constant stream of new targets feed the production knowhow acquired in fifty years of experience. 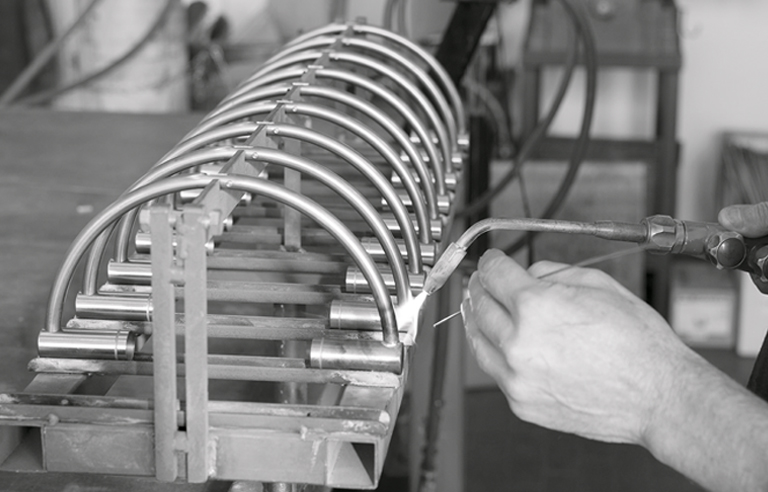 This means that every collection is the offspring of expert hands and the use of state-of-the-art machinery that together lead to the creation of a complete work of skill, comprising details and individual elements that express the finest culture of Italian manufacturing. At the end of every production process, every luminaire has to pass stringent quality control tests, so as to guarantee excellence and high performance.